FOX’s latest attempt at the X-Men universe has brought some positive reviews. I was drawn in when a friend told me how relevant it was given the modern social climate.

They’re not wrong: X-Men has always been an allegory of racism, bigotry, hate crimes, etc. From social discrimination to government oppression, The Gifted’s parallels with today are all too eerie.

As I looked more into the characters and actors, however, I realized there was a significant faux pas. Here was a show about racism that itself was committing a racist act: whitewashing.

John Proudstar, the Apache mutant known as Thunderbird, is played by Blair Redford; while an impressive actor, Mr. Redford has only tenuous claims to Native American heritage. In fact, you can’t find a confirmation about his ancestry, other than casual mentions about “roots” and “descent.”

In other words, he’s what the Internet calls…

These days, inclusiveness and diversity have become favorite themes of many conventions & pop culture as a whole. From a focus on minorities, to movements against sexual harassment, to talking about inclusion itself, pop culture really does progress alongside society.

That being the case, you would think that (by now) convention organizers wouldn’t have to be reminded about basic empathy, forethought, and consideration for various groups of people. Unfortunately, it would seem that you’d be wrong.

This past weekend, the following tweet was posted by Tee Franklin of Bingo Love fame, after an incident at BookCon in New York City:

I quit the panel and I’m signing at @ImageComics booth pic.twitter.com/ozCTnShGeu

Ms. Franklin, a queer, black, and disabled comic book creator, was invited to speak on a panel about diversity in graphic novels. Upon arriving, however, she… 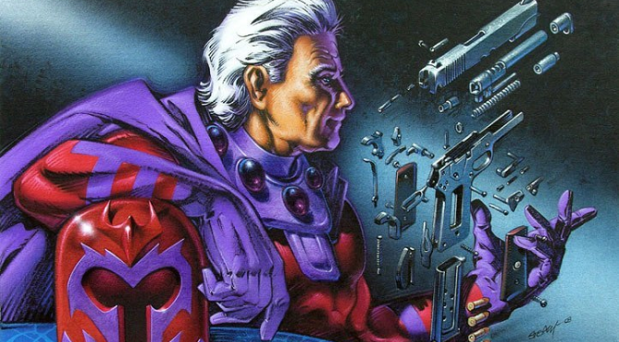 An article recently compared the concepts and issues underlying the X-Men to the gun debate. The argument was that how the public reacts to gun control (and gun owners) is similar to how the fictional Marvel world responds to mutants with dangerous powers.

I thought the point about how we dismiss or attack others because of the actions of a few evil people was important. Unfortunately, that point was lost when a comparison between gun owners and the marginalized was made.

Thus, I’d like to discuss how gun owners and the gun debate are actually nothing like the problems and message in X-Men comics.

1) The Message of the X-Men

The fact that some mutants…

Black Panther is shattering records and has become one of the most talked about movies in cinema history. From its box office receipts to its role in representation and breaking stereotypes, the latest in the Marvel Cinematic Universe has audiences and critics cheering.

Sadly, that’s not true for everyone, as some people have had poor experiences in their attempts to see the movie. No, I’m not talking about racists and white supremacists, but those barred from enjoying this film: the Deaf and Hard-of-Hearing.

Recently, Deaf celebrity and activist, Nyle DiMarco, posted a tweet about a poor experience he had when he tried to see Black Panther.

RT if you prefer open captioning instead of this pic.twitter.com/Tdql6x5FAk

Understandably, Mr. DiMarco was upset that he was forced to use a device that blocks the screen and doesn’t even provide accurate or consistent captioning…